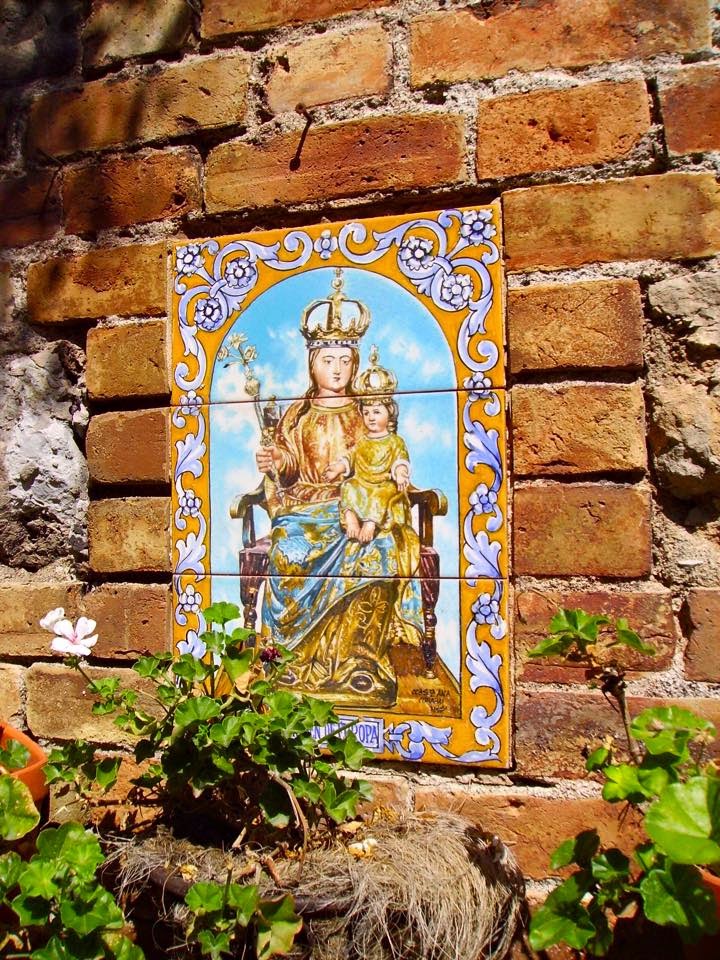 Mauritanian born warrior, Tarik Ibn Zayid successfully led his troops across the narrow Straits (of Gibraltar) to the Continent of Europe in AD 710.


The Catholic Monarchs of Spain were acutely aware that the ‘Reconquista’ of Catholic Spain could never be fully achieved so long as Gibraltar remained in Moslem hands. The Rock of Gibraltar formed the bridge between Europe and Africa ensuring a steady flow of Moslem troops into Spain.

In 1309, nearly six hundred years later, the Spanish King Ferdinand IV finally succeeded in capturing Gibraltar and in so doing expelled the Moslem population from the Rock.

Following his victory, the King gave thanks to the Almighty and, as tradition tells us, he dedicated the Continent of Europe to the Mother of Christ, giving her the title of Our Lady of Europe. At the same time, he converted the ancient mosque at the southernmost tip of the Rock into a Christian Shrine and it is believed that a statue of Our Lady, sculptured in limestone, was venerated there.

The Moslems recaptured Gibraltar in 1333, and the Christian population left the Rock, carrying whatever they owned, including the limestone statue of Our Lady of Europe.

In 1462, Henry IV, grandson of Ferdinand IV, recaptured Gibraltar and restored the devotion initiated by Ferdinand to Our Lady of Europe in 1309. Since the original stone statue could not be found, he commissioned a new one, this time depicting the Virgin sitting on a chair holding the Child Jesus. This statue was to be venerated at the Shrine.

The Shrine was ransacked by Barbarossa’s Turkish pirates in September 1540 and badly mutilated the statue of Our Lady of Europe. It was eventually restored in Seville and brought back to the Shrine.

In 1704, during the War of the Spanish Succession, Anglo-Dutch troops captured Gibraltar. The civilian population, once again left Gibraltar, taking with them the statue of Our Lady which had once again been mutilated.

It was not until 1864 that the statue was returned to Gibraltar, thanks to the efforts of Bishop Scandella, after 160 years ‘in exile’ in Algeciras, Spain.