Statement of the Orthodox Bishops of Spain and Portugal 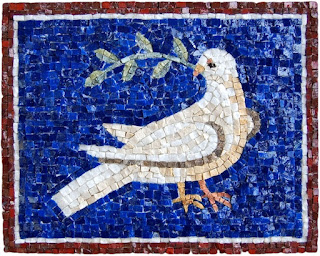 Statement of the Orthodox Bishops of Spain and Portugal

In view of the recent events in Ukraine which have shocked the entire world, we express our dismay and unconditional support for the victims of the acts of war.

We call for solidarity to alleviate the grave situation of those affected by the war and ask for God's blessing on everyone who welcomes refugees.

The Church of Christ has been and will be on the side of those who suffer. We appeal to those in authority to stop the bloodshed immediately.

We pray to the God of peace to grant peace to the Ukrainian land.

On the day of the Triumph of Orthodoxy, we remind you that there is only one victory that has conquered the world: the sacrificial love of Christ. We must not allow the hatred which is caused by propaganda to take hold of the hearts of our Christian peoples. We make a special appeal to our flock, which represents several people, not to succumb to the temptation of mutual enmity and preserve the love that "never fails" (1 Cor 13.8).

+ Αrchbishop Nestor in Spain and Portugal  (Patriarchate of Moscow)

+ Bishop Timothy in Spain and Portugal (Patriarchate of Romania)