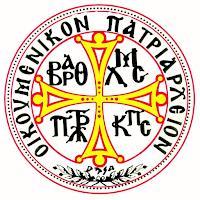 In recent months, the Ecumenical Patriarchate and His All-Holiness Ecumenical Patriarch Bartholomew personally have vigilantly followed the developments and tragic conflicts generally in the Middle East and the persecution of Christians there. In this regard, His All-Holiness has in manifold ways expressed his profound concern for the serious plight of the refugees. It was within this spirit that he reached out with a representative to His Holiness Pope Francis in February and by personal letter on March 30th.
In the context of the interest and shared concern of Religious Leaders as well as the urgent need to assume a common initiative and action to sensitize the international public opinion as well as the appropriate bodies and agencies, His Holiness Pope Francis, His All-Holiness Ecumenical Patriarch Bartholomew, and His Beatitude Archbishop Ieronymos of Athens and All Greece will visit the island of Lesbos in the near future in order to meet with and support the refugees there.
This measure and initiative of the Religious Leaders will encourage and strengthen the thousands of suffering refugees, while inspiring the implementation of appropriate actions for the protection of the afflicted Christian Communities as well as the proper response to the critical refugee situation.
At the Ecumenical Patriarchate, April 5, 2016
From the Chief Secretariat of the Holy and Sacred Synod